“Parents, you have a long way to go.”

The above statement and a situation that followed was a recent Facebook post I made that received a lot of comments. Some supportive and some full of vitriol. I’d like to address some of the complaints and responses.

“Parents, you’ve got a long way to go. Today I past a boy of maybe 12 or 13 on my bike in Santa Cruz. He was doing tricks and I smiled and was saying “right on!” as I passed. But I was stopped dead when he made a jack off gesture and pretended to throw his juvenile spooge at me. His two friends proceeded to laugh. Yep- well dressed, clean cut, fancy bikes and all. I would have had a conversation had I not been going the opposite way on a schedule. I guess some parents are also too busy to teach kids that this is a totally unacceptable behavior. So NOT hopeful about the next generation. #whatyoudontknowaboutyourkids

Initially I wrote “parents and teachers are too busy…” but retracted “teachers” because it’s true, while reinforcing discipline, they shouldn’t have to teach it on top of an academic education.

I’d like to break this down to what it really means to me and how interesting the replies were in light of who made them.

I was sexually harassed. This made me feel a huge range of emotions- humiliation, frustration, helpless, angry to name a few. The fact that it was a young boy that did it was even more belittling. Not only does he not have respect for women, but he obviously doesn’t respect adults.

I called out parents. I would say the largest influence on kids 13 and under are their parents. I understand that around age 11 or 12 their peers begin to play a bigger role in influencing them, but by the time they get there they’ve got some kind of background from their home life. And yes, parents have a long way to go- no matter what their kids are like. It’s a tough job. I’d say that all of my friends, and all of the people who commented are well aware of what a tough and long-haul job it is. I did not call out anyone in particular and say they were bad parents. Because parenting is hard, all of them get lax now and then. Don’t pretend you’ve never used a digital babysitter. Some parents get less attentive than others, and it’s often in the toughest years (12-18) that parents start to give up.

My plea was that everyone be vigilant for the great responsibility they took on when they decided to become a parent. I’m sorry to those who thought I was blaming them for my experience. That’s not what I meant. I’m sure I could have come up with a more benign tag line, but I really did want to get people’s attention.

The only people with negative comments on my post were men parents. Comments of sympathy, thoughtful explanations on how to handle it, commiseration comments and replies about their own kids came from men and women, some parents, some not.

The largest complaint made was that I made “sweeping generalizations.” It seems as though some people took my generalizations as a personal attack. Why get so angry at me for generalizing? I didn’t accuse anyone in particular of not raising their kids to be decent human beings. The thing about generalizations is – if you know it doesn’t fit you, you can explain your case and ignore the rest. For all of those who got angry about this, I’m just going to have to assume you’ve never made a generalization or said something like, “women are (fill in the blank- moody, more sensitive, have to talk about everything, less interested in sports, can’t throw a ball…).” Or any other generalization. And yes, generally when I look around I see a lot parents paying more attention to their phones than their kids. Tell me you didn’t see this the last time you walked through town and I’ll buy you dinner.

The fact that men took such offense to me generalizing on parenting also begs an examination of why this is such a sensitive, even taboo subject for them. It’s widely known that men all over the country can and do enforce laws that control what I do with my body. I can’t think of any generalizations that have a greater personal effect than that. So, they can tell me what I can or can’t do with my body, but I can’t even comment on what is going on with parents? If men are so concerned about me making generalizations, why aren’t they equally outraged at the generalizations widely made about women?

Is it really a generalization?

Let’s draw some connections here. There’s a lot of sexual assault and harassment going on out there and most of it is perpetrated by men and boys. I do believe, and have seen firsthand, that constantly reinforcing respect and kindness in children results in more compassionate adults. But somehow there are a lot of men and boys out there still committing sexual offenses. How many?

One out of every six women is raped or has had an attempted rape forced on her, 90% of rape victims in the US are women, 81% of women experience sexual harassment at some point in their lives (vs. 43% of men). Every 98 seconds an American is sexually assaulted. (statistics according to Rape, Abuse & Incest National Network). Full disclosure – I have personal experience as part of the above statistics.

The fact that 81% of women are being sexually harassed would lead me to believe that there are more little boys out there growing up without learning from their parents how to be respectful to women. But maybe you still want to call it a “sweeping generalization.”

Maybe in the life bubbles of the people I know, all the parents are fully engaged every day and have continual interactions about how to be a good human being and treat people with equanimity and kindness. In my personal experience, about half of men I encounter make inappropriate statements and don’t understand that the language they’re using is degrading to women or implies that they are superior.

You’re not a parent, how would you know

I am not a parent. This is a conscious choice. Everyone has a choice to be a parent or not. Contraception is openly available in our country. If you are a parent, you made the choice to dedicate your life to raising a child. If you think to yourself, “who is she to go gallivanting around and doing whatever she wants while I sit here and work my ass off to raise this kid,” just remember, you had a choice. Accept that it was your choice and accept that I made mine. Your choice is not better or more important than mine. It’s just different. Do you get angry at a friend who has a higher paying job and takes more extravagant vacations because they made different choices in life? Don’t blame me or act like I’m selfish because I very carefully planned NOT to be a parent. You had that option too.

This doesn’t mean I don’t know anything about kids. I grew up with school teacher and counselor parents who shared with me their continual study of childhood development. I was a babysitter and nanny for 10 years. I play an active role in the life of my best friend’s children. I worked with Junior lifeguards and kids science camps in the summers. Understanding what parenting would be like and how it would change my life played a huge role in my decision not to have kids. I’m always blown away when I hear new parents claim they never thought they’d have to go so many nights without sleep, or how constantly children need their attention or what a strain it is on their relationship. It seems like a no-brainer to fully research something that will change your life forever before you decide to do it, but a lot of people walk into it without ever having changed a diaper or spending a day with toddlers. I may not live the day-to -day of raising a kid, but I’ve got a pretty good picture. You don’t have to go to war to know how brutal and devastating it can be.

Why didn’t you do something about it

The fact is- I was on schedule for an appointment when I passed these kids on my bike. I had about 2-4 seconds to make the decision if I was going to be late for my appointment to address them, or if I was going to keep on my path. They heard my initial reaction to the gesture and sped off.

There are also a lot more things that go through my head than most men (forgive me for generalizing, but I’d really like to hear from you if you DID think about this), would realize when faced with the prospect of confronting a group of juvenile boys. This boy had already made a vile and aggressive gesture at me. I was at the edge of Depot park on a bike path where the only other people were a homeless guy about 100 feet away and kids at the bike ramps well out of view and hearing distance. Boys of this age have been shot by their peers and been found to carry weapons in this town. There were three of them. Had I stopped them and they wanted to gang up on me with a weapon I would have been at a grave disadvantage. This does sound pretty unlikely, but as a woman it’s second nature to consider who has more power in a confrontation and if I have an escape route or potential rescue.

I do my best to confront these situations when I can, and I feel like I do contribute to the ‘village’ of kids out there. I do appreciate the parents that take the time to teach their kids how to be respectful and why it’s important. There are indeed a lot of good kids out there. But there are more kids who need more attention than they’re getting.

You can’t commandeer my pain

Those who know me or read my post with compassion know that I’m not big on public outcry. I have to really hit a tipping point before I go public and this was a really hurtful experience to share publicly. It’s not the first time I’ve made myself vulnerable by sharing a humiliating experience. I know by doing so that some will commiserate and some will criticize, but my goal is always to have a conversation and feel a sense of what my community is thinking. I suppose I could have said “We have a long way to go” instead of “parents.” But I don’t control a child’s life on a daily basis so I addressed the parents.

Those who took personal offense and said that I was full of bullshit because of the way I stated my issue completely lost track of the fact that I went through a painful experience. If you felt personally attacked by this note on a social media platform I think that is a good sign for you to figure out why it bothers you so much.

My issue is that I was harassed because I’m female. Because the perpetrator was a juvenile, I called out a reminder to all parents to do a double take and make sure they are actually getting the job done of raising kids to be compassionate. We should all be willing to take a second look at what we’re doing to make sure we’re still on our chosen paths. 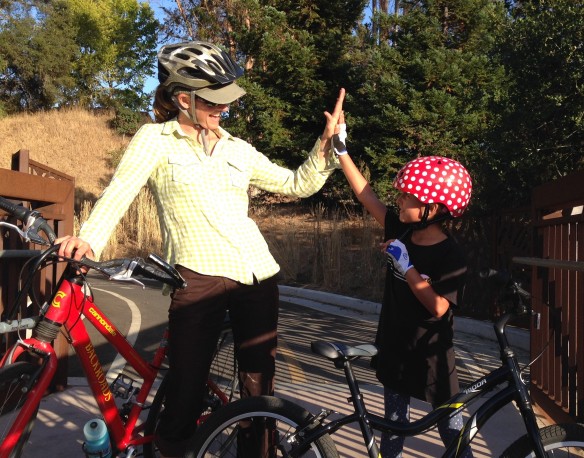 5 thoughts on “In response to Parents”