It’s amazing what you’re willing to try once you’ve watched a bunch of other people do it first, and survive.

After watching a handful of people take the 20 foot slide on river right I decided to do it too. I executed the move just fine, but was a little too upright in my posture on the landing and gave my back a bit of a scrunch. 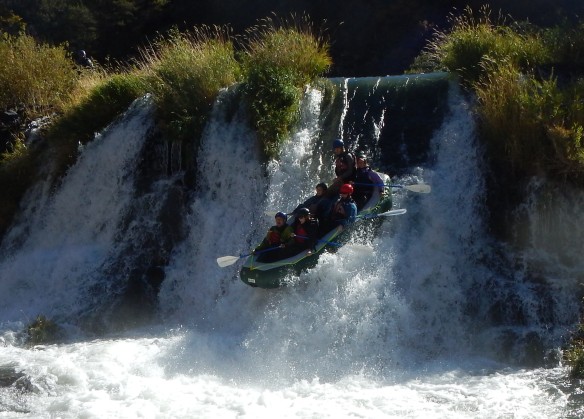 I hiked my kayak down the rest of the falls, where it was too shallow to run, and ferried across to watch the main attraction – Pit Falls.
This main part of the Pit River Falls has narrow slot that feeds into a fairly clean 30 foot vertical drop left of center, and a slightly longer and more dangerous line down the center right. 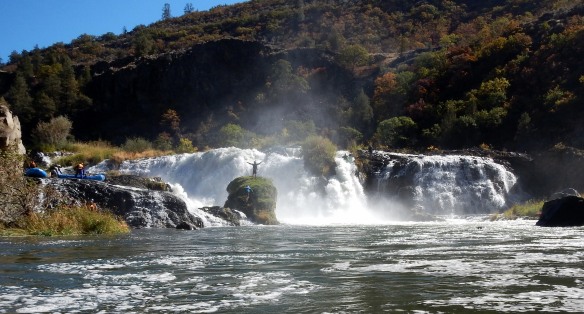 Phil and I watched a few people run it, most exciting were the rafts, and then Phil ran it a couple of times. The thrill of it looked tempting, and everyone said the landing was softer than the slide because of the aerated water, but with a twinge in my back I wasn’t exactly chomping to hike my boat up the falls and huck it. 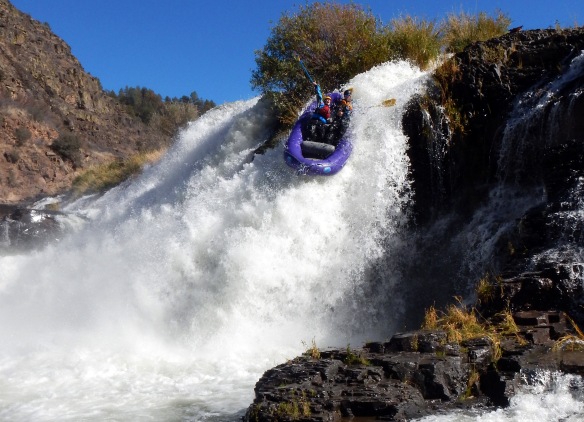 Matt and Erica hucking it in a raft

The next day I made up my mind to run the falls. Phil, once again, sent two perfect descents for me so I could scout the line from above, since it has a tricky entrance chute with accelerating currents. 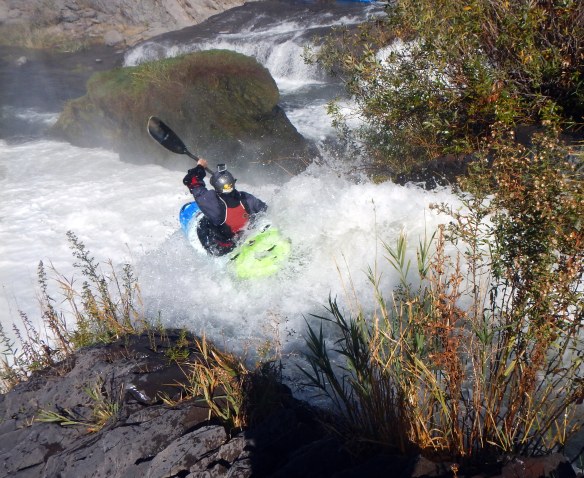 Phil launching from the top of the waterfall 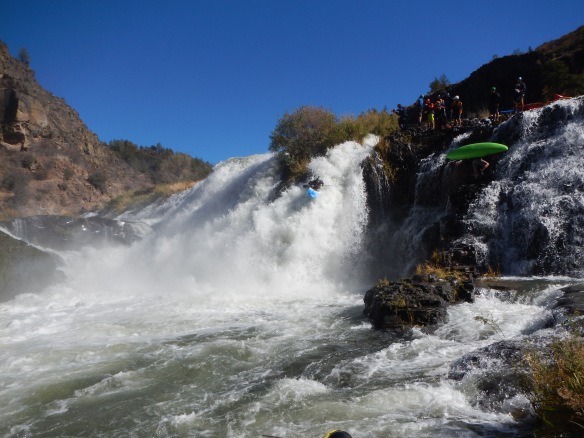 Phil launching out for a perfect landing on the Pit Falls

Unfortunately I then watched another friend flail down two separate descents and ended up swimming out of one when he landed sideways and got sucked back into the hole and surfed.

Turns out, my run was something in between the two. 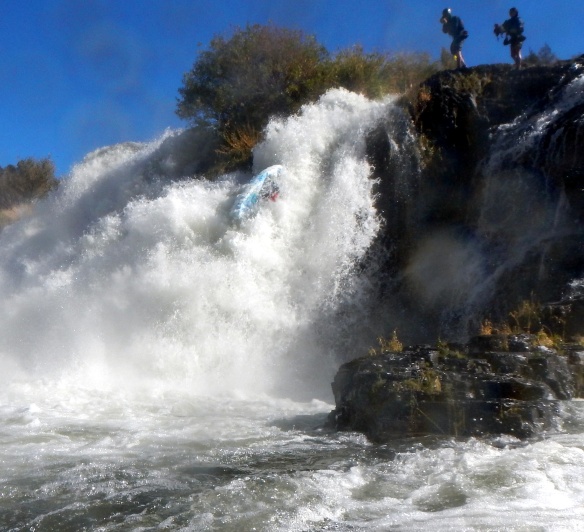 Yes, that’s me, spiraling, right about the time the knuckles of my left hand are grinding on the rocks behind the waterfall. 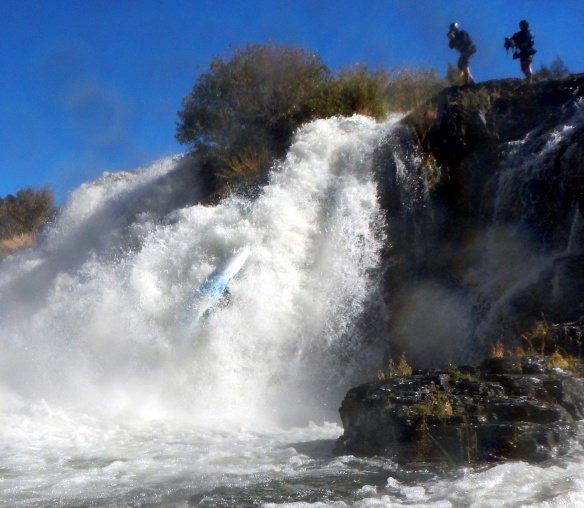 Yes, I’m backwards now, but that’s okay, I’ve cleared the rocks and there’s nothing to hit. 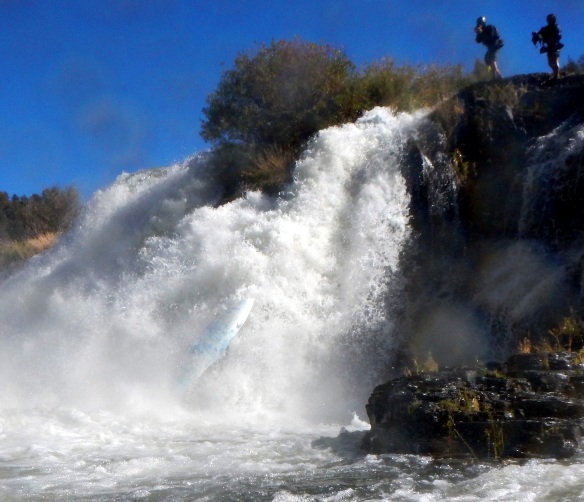 Yes, I’m slightly upside-down, but this was a perfect entry for me. What goes straight down shoots straight out.

While it looks worse than it really was, all I did was corkscrew into the drop. The physical result- a few scraped knuckles. The emotional result- pure euphoria.

Because for that second or less that I was tucked head down onto my boat, paddle tightly at my side, the roar of the waterfall went completely silent, my eyes shut out any light coming through the water and my body found a heavenly lightness that was unlike any feeling I’ve ever experienced. It was less a feeling of adrenaline rush, and more a moment of enlightenment where my body and boat disappeared and I became a bolt of energy, at once hanging in space and dissipating into the mist. It was beautiful and I immediately recognized it as something that could become highly addicting. 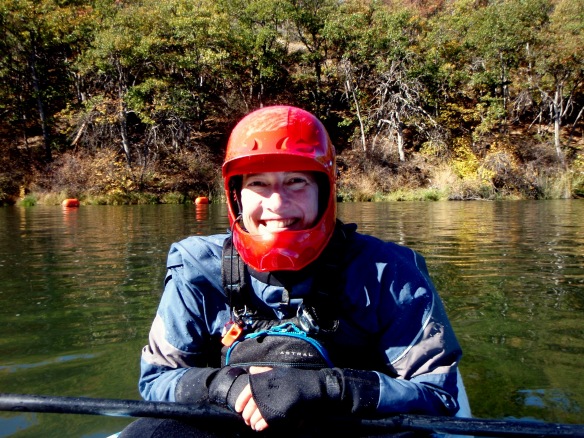 That’s probably not what my mom and sister want to hear, but they’ll get over it. I’ll get some practice on some easier waterfalls before I revisit this one. But I will revisit this one. We were stoked to hit the glowing fall colors at the right time and the fun and thrilling whitewater of the seven mile run.

To see a video of the day check out this one. You can see Phil running the drop at minute 1:11. You can see me repeatedly as I’m on top watching everyone else (red helmet). 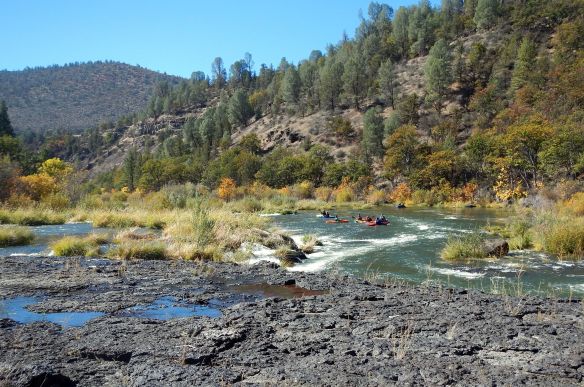 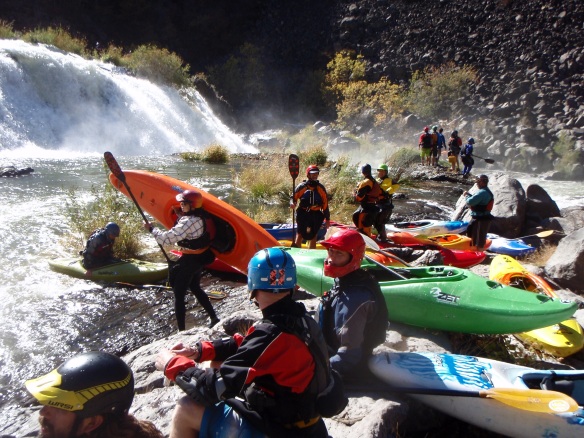 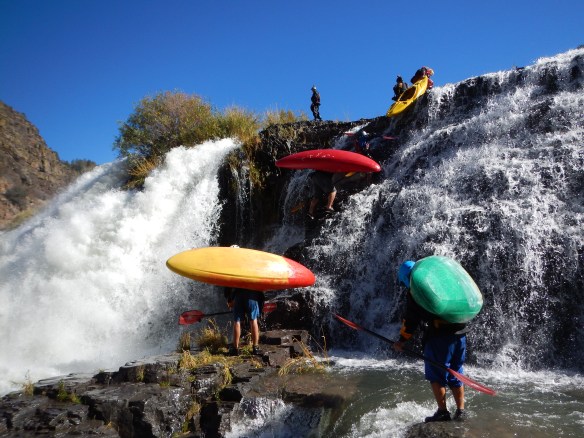 Boaters hiking back up to run the falls again 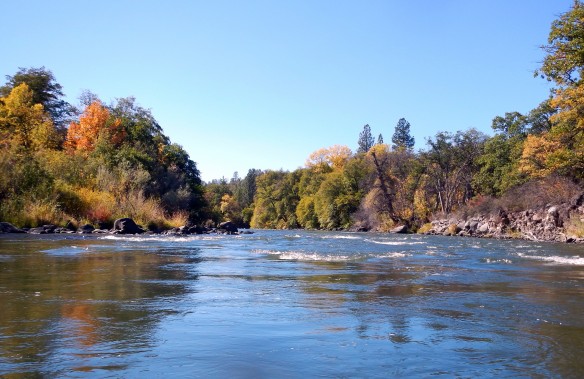 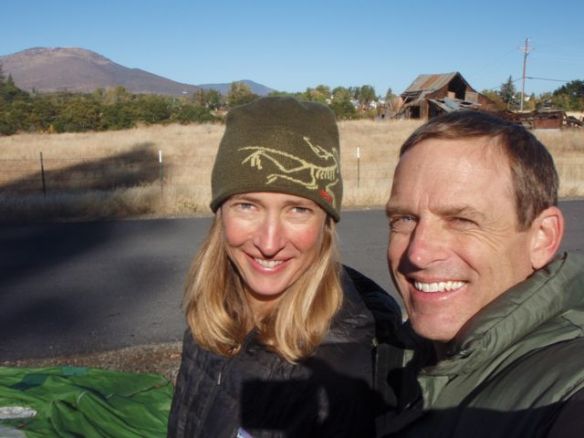